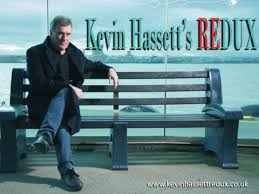 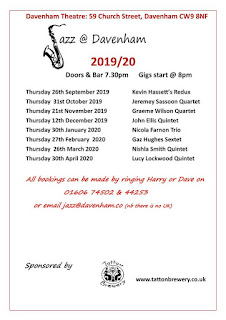 Here is Jazz@Davenham's first concert of, what is sure to be a great season, featuring some amazing bands (as you would expect!) on Thursday 26th September.

Kevin Hassett’s REDUX
‘Redux’ offers an energetic jazz based musical entertainment for both jazz listeners and non-jazz live music lovers. The repertoire is an eclectic, lively and original amalgam of freshly interpreted and arranged jazz standards leavened with blues and soul.

and is a live spin off from the Studio based Project Kevin Hassett’s ‘A’ Game whose 3rd album ‘Rules of the Road’ was released in September 2017.