More jazz highlights from the North! Here's Harkirit Boparai's favourites of the year from the City of York's thriving jazz scene and Steve Mead, the Director of the highly successful Manchester Jazz Festival 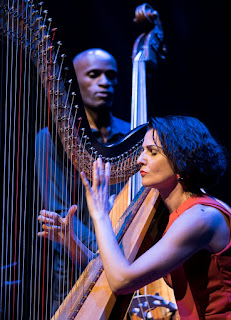 Alina Bzhezhinska: Inspiration
Alina played a stellar set to a sold out crowd. Undoubtedly one of the best harp players about at the minute. This show was inspired by the works of both Alice and John Coltrane, but her band, which featured the stunning Tony Kofi on sax, really made the music their own. Absolutely delightful set, which culminated in in Journey in Satchidananda, leaving the audience gasping for more.

Moses Boyd Exodus and Kamaal Williams: Live AV show at York Theatre Royal
Part of a collaboration with York Mediale Festival, this was a unique show like no other. Taking two bands who are at the peak of the new London scene emerging, putting them in a theatre with massive psychedelic projections. The results were frankly mindblowing. There was a real sense that this was a show to not be repeated again.

Alex Hitchcock Quintet
This is a young talent that’s definitely worth keeping an eye on. Alex recently won the Peter Whittingham jazz award, and after seeing his show in the Basement, it’s no surprise. That guy can seriously play sax. Be sure to catch him at some point, you won’t regret it! 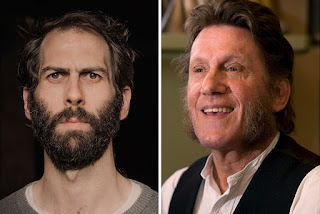 Jazz North’s Alt Shift J project was a great example of empowering young people to define - on their own terms - how to build a jazz programme with artists, venues and audiences that really resonate with them. Extending to four areas of the north in Penrith, Middlesbrough, Cleethorpes, and Clitheroe, the latter event with Ribble Valley Jazz & Blues, Gypsy Carrot, The Grand and Lancashire Music Service back in October included Arun Ghosh and Roller Trio in the line-up. It really helped to ignite the local scene, with Arun working with young children in local schools, Chris Sharkey directing the Shiftin' Jazz ensemble, a vintage vinyl fair, food stalls, and DJs adding to the festive vibe https://vimeo.com/296325125

My gig highlight was seeing Keith Tippett and Matthew Bourne at the Marsden Jazz Festival – also in October. Barney’s thoughtful programming saw them bring the attenders in the atmospheric St Bartholomew’s Church to a stunned silence, with a totally improvised lesson in space, sound and empathy that tingled our spines and fuelled our ears with mesmerising music.

Thirdly, heartfelt congratulations to our fellow programmer Jez Matthews at The Lescar in Sheffield : well-deserved winner of this year’s Parliamentary Jazz Award for best venue.