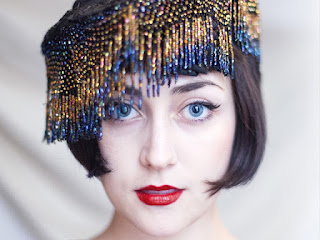 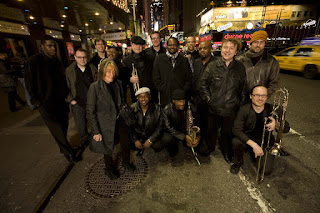 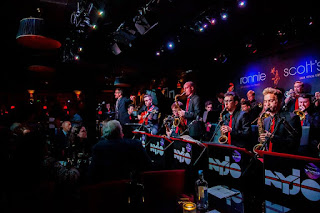 From Friday 19 to Sunday 21 October, the Middlesbrough Jazz Weekender will bring some top jazz performers to the town for its first major jazz festival in 40 years. The weekender, programmed by Ros Rigby from the Gateshead International Jazz Festival, includes two acts that appeared at the 1978 event: Chris Barber (pictured above) with his Big Chris Barber Band, and the National Youth Jazz Orchestra.

The newly reformed Teesside Youth Big Band will work with musicians from the National Youth Jazz Orchestra towards a short performance at the start of NYJO’s own concert on the Saturday afternoon at 3pm. This concert will also feature new commissions from female jazz composers Nikki Iles and trumpeter Laura Jurd, who will also be performing with her Mercury-nominated band Dinosaur later that evening.

The weekend sees a return of the Big Chris Barber Band on Saturday evening – a 10-piece line-up playing music from the first half of the 20th century onwards, which has been captivating audiences across the UK and beyond for many decades. Barber, at 88, is still as energetic as ever, touring nationally and internationally.

Sunday’s programme includes an afternoon series of outstanding jazz ensembles, all of whom would normally be seen in full evening concert mode. These include the Texas-born jazz singer Hailey Tuck, recently featured on Later with Jools, with a UK band that includes Guisborough-born jazz pianist Rick Simpson. Also featured will be Teesside-born trumpeter Noel Dennis, with a new project about the music of American trumpeter Tom Harrell, with a band including one of the north-east’s favourite jazz vocalists, Zoe Gilby.

Continuing the north east theme, the Ushaw Ensemble, led by composer pianist and educator Paul Edis, performs a suite of pieces originally commissioned to celebrate St. Cuthbert and bringing together jazz and folk styles. Finally, one of the UK’s finest ensembles, The Printmakers, features composer Nikki Iles, award-winning vocalist Norma Winstone and an all-star band, performing a range of material by Nikki and Norma as well as songwriters as varied as Paul Simon and Joni Mitchell.

The weekend culminates in a visit from one of the most exciting American ensembles touring today, the Mingus Big Band. Performing the music of one of the USA’s most acclaimed jazz composers, bass player Charles Mingus, the band continues to work under the artistic direction of Mingus’s wife Sue, who continued the project after Mingus’ death in 1979.

The weekend will also include free-stage performances in the Fire Station in the Town Hall, from a range of artists from across the region, and there are opportunities for the family at Zoe Gilby’s Family Jazz All Stars show at 11am on Sunday morning, with a whistle-stop tour across the history of jazz and lots of opportunities for people of all ages to join in. Younger children can get even more ‘hands-on’ at guitarist Chris Sharkey’s Tots Play Jazz at 2.30pm. Singers will also enjoy a chance to work with outstanding vocal leader Pete Churchill, who will run a vocal workshop on Sunday morning helping singers to learn by ear and to move while singing. The group will then have a chance to perform what they’ve learnt on the free stage.

There will also be an exhibition of memorabilia from the 1978 Middlesbrough Jazz Festival event, known as the Newport Jazz Festival At Ayresome Park and featuring Ella Fitzgerald, Dizzy Gillespie and Lionel Hampton. Anyone with memorabilia they wish to lend to the exhibition are asked to email the Town Hall box office.