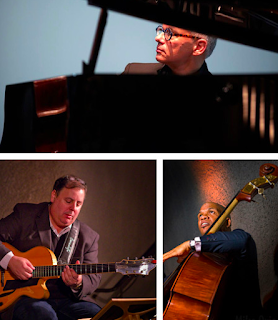 Jazz pianist, composer, arranger, producer, Yamaha® artist and Grammy® winner Laurence Hobgood has enjoyed a 30+year career. Highlights include: three consecutive Fellowships to the Aspen Music Festival (1990, '91, '92), being chosen as a 1995 Chicagoan of the Year in the Arts, a 2003 Deems Taylor Award given by ASCAP for the year’s outstanding music journalism, multiple Grammy® nominations and a 2010 Grammy® Award. He's played at many of the world’s most prestigious venues including Carnegie Hall, Lincoln Center, the White House, John F. Kennedy Center for the Performing Arts, Tanglewood, Hollywood Bowl, and the Sydney Opera House.

For almost 20 years he served as pianist/arranger/collaborator/co-producer for singer Kurt Elling during which time he wrote virtually all of the material on Elling's first ten albums, all of which received Grammy® nominations.