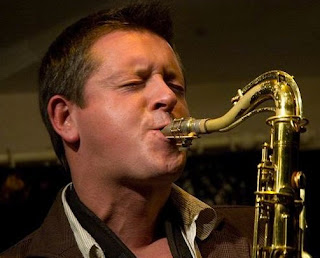 February offers something for everyone right across the North East. The star name is Paul Booth. Brought up in County Durham, Booth first came to the attention of the jazz public sitting in at Blaydon Jazz Club at the age of fourteen or so. A Newcastle College music graduate, Booth subsequently toured the world with pop and rock acts, and, to this day continues to work with
Steve Winwood. Booth’s jazz gigs in the region are few and far between (most recently heard playing with the BBC Big Band), and now there is an opportunity to hear him as guest soloist with  Newcastle’s Strictly Smokin’ Big Band. Alphabetti Theatre, in the centre of town is a new venue for jazz, tickets are flying out the door, so if you want to hear Booth with a storming big band the date for your diary is Saturday 17. Book tickets at www.strictly-smokin.co.uk

Top notch vocalists are out in force during the month; Seal, for one (Tues 13th at Sage Gateshead) , and Alice Grace at Bonbar, Newcastle (lunchtime diner’s gig, Sunday 8). Zoë Gilby sings at Durham’s Empty Shop (Dec 15) working with bassist Andy Champion, and the previous evening Gateshead-based Gilby will be in Hartburn Village at the Masham public house in the company of Teesside-based trumpeter Noel Dennis. Hexham Jazz Club has booked Debra Milne to sing with Don Forbes’ bop infused Safe Sextet at the Fox Inn (Feb 27), Paul Skerritt maintains his Darlington residency at the Pennyweight on Thursday 22.

Two other things to mention – guitarist Bradley Johnston has recently established a residency in his home town of Sunderland at the recently opened (and still developing) cultural arts venue known as the Fire Station. Sundays, six o’clock, show your support it. And finally, the Traveller’s Rest in Darlington presents Alan Barnes on Friday 9th with the Paul Edis Trio. It’s what is known
as a ‘no-brainer’. Eight for eight thirty!