Jeremy Sassoon at the Cinnamon 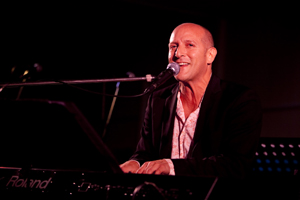 Feb 9th: Jeremy Sassoon & friends feat. Paul Bentley
Jeremy presents a very special one off night as he re-unites his old partnerships with Paul Bentley on vocals and Ben Gray on drums together with current ones Richard Hammond, bass and Steve Parry, trumpet.  This legendary line up, which last performed in 2009 had a huge local following in the North West, so we expect a massive response. Jeremy and Paul will both be singing from their classic swing, blues, soul and groove repertoire, but who will be cracking the jokes between the songs? Book your table to find out. It will be quite a night!