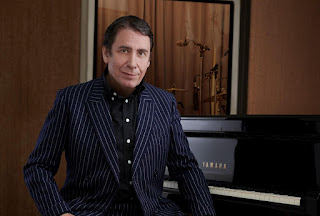 Monday 13 November marks the fiftieth anniversary of Martin Luther King’s visit to Newcastle. The University of Newcastle awarded Dr King an honorary degree, the only British university to do so. A city-wide series of Freedom City 2017 events commemorating the historic occasion culminates with a concert in St Nicholas Cathedral on Saturday 18 by the New Tyneside Orchestra. Included in the programme will be a performance of Duke Ellington’s Three Black Kings.

Half a dozen big name out-of-towners visit the region during the month. Pianist-singer Joy Ellis can be heard for free at the Fox Inn on West End Terrace in Hexham (Nov 14). Accompanying London-based Ellis will be Henrik Jensen, bass, and drummer Adam Osmianski. Three top class musicians and it’s all for free – be sure to put a crisp, new note in the bucket collection! Arun Ghosh returns to Sage Gateshead (Nov 19), and Omar Sosa and Seckou Keita pitch up a couple of days later (Nov 21). On Teesside the always impressive BBC Big Band will be in concert at Middlesbrough Theatre (Nov 22) and on Friday 24 Sandrani can be found in the Black Swan basement venue at Newcastle Arts Centre. Rounding off a clutch of big names is Jools Holland. For several years Holland’s band has sold out a two-night stint at Newcastle City Hall. November 29 and 30 should prove equally as popular.

Regional bands are out and about as usual. The Paul Edis Sextet will be at St Cuthbert’s Centre in Crook, County Durham (17) and all concert goers receive a free slice of pizza! Earlier in the day at the Jazz Café in Newcastle pianist Edis plays a solo concert. At the same time (1:00pm) at Bishop Auckland Town Hall Mick Shoulder’s Swing Manouche can be heard playing Manouche and some original material. Tyne Horns is a new saxophone quartet. Catch them for free at the Exchange in North Shields on Sunday 19 (3:00pm). Dr Paul Edis gigs again at the Black Bull, Blaydon (Nov 19) in a double bill with the Early Bird Band. Edis will play a solo set followed by the emerging, young musicians working with Edis known as the Early Bird Band. Get along to hear the stars of tomorrow – alumnus include degree students currently studying at Berklee, Birmingham Conservatoire and RNCM.

Finally, the north east’s Strictly Smokin’ Big Band will make the short trip to Leeds on Sunday 12 to play a lunchtime gig (1:30pm) at Seven Artspace in Chapel Allerton. A nice day out for a top band.