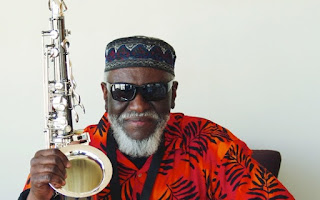 Pharoah Sanders’ career has featured many distinct chapters, but has always aimed for personal exploration rather than rebellion. In 1966 John Coltrane remarked that Pharoah’s playing ‘helps me stay alive’. This was as true now as it was half a century ago, with the influence of both Coltranes (John and Alice)  never far away from Pharoah’s music.

Pharoah may carry the aura of a jazz legend, but he's not one to bring an ego to the stage with it. He won't hesitate to pass the spotlight to his band. His power to directly connect with an audience has never faded, and those going to see his sold out show at Leeds Belgrave Music Hall will enjoy themselves immensely.