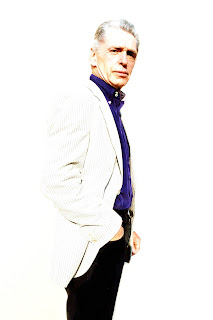 The line-up ahas been announced for Gateshead International Jazz Festival 2018. Styled as "the UK’s biggest jazz festival held under one roof" the festival fills four stages at Sage Gateshead from Friday 6 to Sunday 8 April 2018. Headlining this year’s festival are Ruby Turner, Maceo Parker, Sun Ra Arkestra, Tony Allen, Norma Winstone, Portico Quartet, The Chris Barber Band and Georgie Fame with The Guy Barker Big Band alongside many other jazz, funk and soul artists from across Europe and beyond.

Providing the funk and soul will be one of the UK’s most popular soul singers Ruby Turner who will be joined in a great Saturday night double bill by American funk superstar saxophonist Maceo Parker, whose collaborations over the years have included James Brown, Prince, Ray Charles, James Taylor, De La Soul, Dave Matthews Band and the Red Hot Chilli Peppers.

Sunday night’s headline concert features Guy Barker and his Big Band along with yet another major figure in British music, Georgie Fame, who has reached number one in the charts on numerous occasions.

New work is a key element of any Sage Gateshead festival, and the festival will see the premiere of a new work by Gateshead born, Leeds based guitarist Chris Sharkey which he will perform with the acclaimed free jazz drummer Mark Sanders. This concert will open with a set by one of the two winners of the 2018 ‘Jazz North Introduces’ award, the Leeds College of Music all-female trio J Frisco.

Food writer and broadcaster Jay Rayner will reveal his prowess as a jazz pianist on Saturday afternoon along with his quartet, and in keeping with his international renown as a restaurant critic, Jay tackles songs that deal with food and drink. The festival will also include family concerts, workshops and masterclasses, and a full concourse programme.