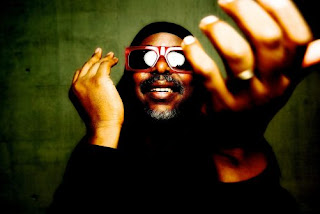 Critically-acclaimed saxophonist and multi-instrumentalist Courtney Pine C.B.E returns to the UK for the fourth edition of the Jazz Directors Series in February 2018, taking in four shows in Manchester, Leeds, Clitheroe and Lancaster with the Inner City Ensemble. Widely recognised as one of the UK’s leading jazz musicians, Pine transformed the British jazz scene when his 1986 debut album ‘Journey to the Urge Within’ became the first jazz album to make the British Top 40 album chart.

The last two decades have seen him go on to achieve international acclaim, releasing 16 studio albums and constantly pushing the boundaries of the genre, as evidenced in his Matisse Live composition for Tate Britain and live performance at UNESCO’s International Jazz Day 2014 in Osaka, alongside Herbie Hancock and an all-star line-up.

With this residency, Courtney Pine builds on the success of previous Jazz Directors Series’ led by trumpeter Terence Blanchard, saxophonist Chris Potter and pianist Zoe Rahman. For the fourth edition, Pine will be joined by a new line-up of emerging, professional jazz and crossover musicians, to be announced soon.