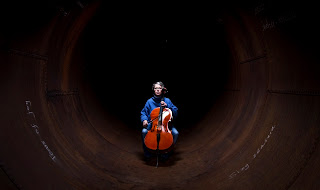 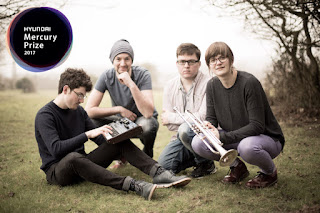 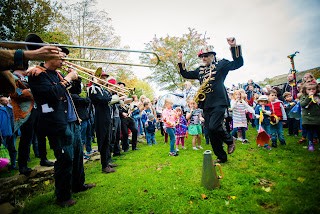 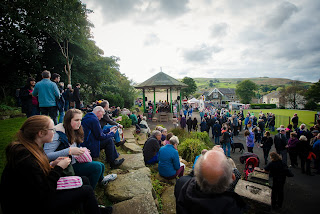 The 26th Marsden Jazz Festival, which is being supported by Arts Council England, Kirklees Council, Charlesworth Estates and Yorkshire Water, will take place between Friday 6 and Sunday 8 October.

A performance inside Britain’s longest canal tunnel and a gig featuring a Mercury Prize nominee are among the highlights at this year’s Marsden Jazz Festival.

The full line-up for this year’s festival is here http://www.marsdenjazzfestival.com/about/news It includes more than 150 hours of live music at 24 venues during one weekend, including more than 70 free gigs.

Other highlights during this year’s festival will include a gig by Mercury Prize 2017 nominee Dinosaur, a world premier from Jazz Instrumentalist of the Year Arun Ghosh, and a performance by three world-renowned trombone players – including two-time Grammy award winner Michael Dease.

Performances will take place in the village’s pubs, clubs and other buildings as well as on four outdoor stages including the Grand Central Rail Marquee on the Bridge, overlooking the River Colne. The venue will host seven free gigs featuring youth and community bands during the festival weekend.

The festival’s New Stream gigs will also showcase new and experimental artists and include a three-hour mini festival at Marsden’s Royal British Legion on the Saturday night of the festival weekend. The gig will feature a triple bill of bands from the UK, Belgium and France in partnership with Match&Fuse.

Tickets for this year’s Marsden Jazz Festival are on sale now and can booked online at www.marsdenjazzfestival.com, by calling 0800 6125 649 or at the jazz festival office in the library at the Mechanics Hall (10am-4pm, Monday-Friday).