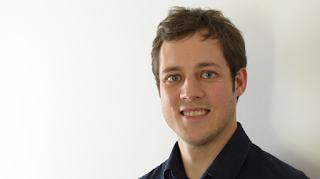 Sam Watts Sextet play original music from his CD ‘Mime Music’ and an original live score to accompany a showing of Charlie Chaplin's 1921 film "The Kid" composed by Sam especially for this concert. You are NOT going to want to miss this gig! The line up is:
Sam Watts (Piano)
Matthew Herd (Woodwinds)
Lucia Capellaro (Cello)
Thomas Seminar Ford (Guitar)
Flo Moore (Bass)
Ben Brown (Drums)

Royal Academy of Music graduate and 2012 Humphrey Lyttleton Prize winner Sam Watts is a pianist and composer originally from Birmingham. He is active on the London jazz scene and has performed at Ronnie Scott’s, Wigmore Hall, the 606 Club and Royal Albert Hall among many other venues. Recently he has returned from a tour of Spain with Brazilian singer Luna Cohen for the launch of her album “November Sky”, as well as giving performances in South Africa and Portugal. In 2014 he received the “Emerging Excellence” award from Help Musicians UK and recorded the album “Mime Music” in 2015.