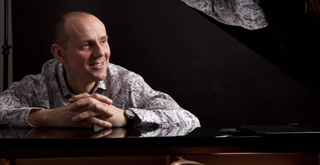 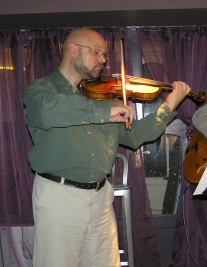 Paul Kilvington has been involved in the music industry for the past 25 years. During this time he has toured worldwide and has performed with many artists. He is equally capable in soul, jazz, or pop music - as demonstrated by the dazzling array of television shows he has appeared on. On a jazz level, he has performed with Bob Mintzer from the Yellowjackets and Branford Marsalis. He also performed with Jack Jones on his last two UK tours, when he played at the London Palladium. He also formed the latin jazz ensemble Amazonia to perform his own compositions and has played in all the major jazz festivals with them: their first CD is soon to be released. He has won many awards and prizes, including three from Leeds Jazz College from where he graduated.

Graham Clark has been working as a violinist since 1982. He plays mainly the usual canon of standards. Ballads like "Body and Soul” and "My One and Only Love”, medium swingers, such as "All the Things You Are". Other tunes might include "Have you met Miss Jones?”, or post-bop classics like “Joyspring”, or perhaps some Charlie Parker tunes - not often heard on violin.

Paul and Graham have been performing together for the last 10 years. Their repertoire focuses on a unique interpretation of carefully chosen jazz and latin material featuring compositions by such artists as Chick Corea, Antonio Carlos Jobim, Kenny Wheeler and Egberto Gismonti. There’s always a wonderful and exciting interplay between the two of them, and there will be
fireworks when they get stuck in to the livelier tunes!