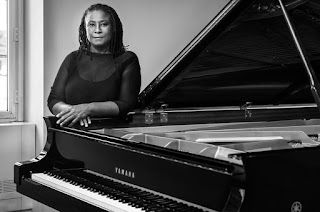 Pianist and composer Geri Allen died June 27 from complications of cancer in Philadelphia. Allen celebrated her 60th birthday on June 12.

"The jazz community will never be the same with the loss of one of our geniuses, Geri Allen," said Carrington in a statement. "Her virtuosity and musicality are unparalleled. She is a true original -- one of a kind -- never to be forgotten."

One of the first to graduate from Washington, D.C.'s Howard University with a bachelor’s degree in jazz studies in 1979, Allen studied with renowned jazz pianist Kenny Barron in New York City. Following, she signed with Blue Note Records in 1990 and released The Nurturer album. Crafting a career that lasted more than 35 years, Allen recorded, performed and collaborated with a diverse array of artists and musicians. In addition to Carrington and Spalding, Allen’s lengthy list of credits includes Ornette Coleman, Betty Carter, Jason Moran, Dianne Reeves, Angelique Kidjo and Mary Wilson and The Supremes.

Allen’s 2010 solo piano album, Flying Towards the Sound, was ranked as “Best of 2010” on NPR and DownBeat magazine’s critics polls. Awarded a Guggenheim Fellowship in recognition of her innovative work in jazz, Allen was the first recipient of the Soul Train Lady of Soul Award for Jazz. She was also presented with a honorary doctorate of music degree by Boston’s Berklee College of Music.

Listen to some of her wonderful piano playing here -  Lonely Woman https://www.youtube.com/watch?v=xYdu-Oxowgs