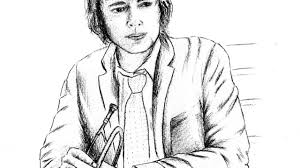 Jazz pianist Rob Cope is raising money from the Jazz Community to make a film about the life of jazz trumpeter Richard Turner who died in 2011 aged 27.  Richard was from Leeds and was an alumnus of Leeds College of Music.

Rob says "Richard was an extremely talented and generous young jazz trumpeter, one of the most musically gifted and generous spirited musicians in the UK. We will be able to create a film fitting of his cultural impact on the British jazz scene.To say he was a culturally significant musician is an understatement and we want to document all of his achievements. We are also going to examine just how important Richard's music has been and explore his lasting legacy in jazz."

"With the blessing of Richard's family we aim to create a film documenting Richard's life and his musical impact on those who knew him. With this funding we will be able to buy specialised film equipment, compose and record an original score and create posters and artwork  for the film. We will also be able to cover the substantial time the film will take to create as well as travel expenses for the interviews we need"

"£3000 is what we need. It will allow us to do Richard's memory justice with a beautiful film in his memory."