Swinging at the Spa! 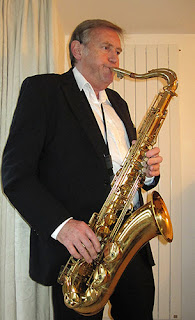 15th – Maine Street Jazzmen –  one of the best traditional jazz bands in the North which has quickly established itself as a JITS favourite. Led by trombonist and harmonica player Herbie Hudson, here’s an evening of non-stop favourites with the added bonus of a sprinkling of vocals from Olive.
22nd – Eagle Jazz Band – from the Midlands, we welcome this lively traditional jazz band with an impressive pedigree. Led by reeds player, Matt Palmer the band includes multi instrumentalist Pete Brown on trumpet, cornet and trombone. Happy sounds all round.
29th – Jazz Allsorts – the band which was the stunning success of 2016. A new group formed by drummer Graham Smith – John Hallam on reeds, Gary Wood on trumpet, Martin Veasey on trombone, Rod Kelly on piano, Jim Douglas (Alex Welsh Band) on guitar/banjo and Bruce Rollo on bass. Traditional jazz which swings like fury! Don’t miss this one. £10