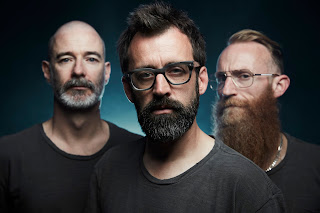 The 2017 festival opens on Thursday 23rd February at 7pm, with a set from MOBO award-winners Sons of Kemet. Kinetic, earth-shaking and always electrifying, the group features four of the UK jazz scene’s brightest stars. Led by saxophonist, clarinettist, composer and ‘BBC New Generation Artist’ Shabaka Hutchings, their line-up includes Theon Cross and both Seb Rochford (Polar Bear, Babyshambles) and Tom Skinner (Melt Yourself Down, Mulatu Astatke) on drums. They will be supported by a set from Liverpool’s Blind Monk Trio. Admission is £11.50.

Manchester-based quartet Mammal Hands play on Friday 24th February at 7pm. Signed to Matthew Halsall’s Gondwana Records, Mammal Hands has carved out a growing following both in the UK and abroad for their hypnotic fusion of jazz, folk and electronica, appealing to fans from Bonobo and Gilles Peterson to Jamie Cullum. Support will be from Wandering Monster, winners of Jazz North’s Introducing scheme. Admission is £11.50.

The David Helbock Trio play on Saturday 25th February at 7pm. Creative, open, hip and unique, Austrian piano wizard David Helbock studied classical piano at the Feldkirch Conservatory, Austria with Prof. Ferenc Bognar and later became a private student of the New York jazz pianist Peter Madsen. This concert will be supported by the locally based Norwegian drummer Viktor Nordberg and his trio. Admission is £11.50

On Sunday 26th February, saxophonist/composer Iain Ballamy will deliver a free saxophone workshop (11am). A co-founder of Loose Tubes, Iain Ballamy has been a major contributor to improvised music in Britain for three decades since leading his own quartet at Ronnie Scott’s in 1984 aged 20. At 1pm on Sunday 26th February, he, along with pianist Huw Warren, will perform a programme spanning centuries and continents ranging from classical works by Dowland, Chopin and Butterworth through to early and rare English folk songs, re-workings of classic Jazz standards, Brazilian masterpieces and their own contemporary original works. Admission is £11.50.

The Festival concludes on Sunday 26th February at 7.30pm with a concert by The Neil Cowley Trio. Cowley has become the go-to pianist, lending his golden touch to many chart smashing hits including contributions to Adele’s global chart toppers, 19 and 21. He has also toured and recorded with bands such as Brand New Heavies and Zero 7. He formed The Neil Cowley Trio in 2005 and has produced six critically acclaimed albums, most recently Spacebound Apes in 2016. Admission is £11.50.