Jazz Café at The Atkinson Southport 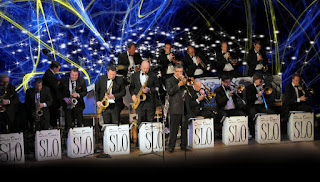 From India Ikonomides at the Atkinson, Southport

Jazz Café at The Atkinson Southport continues this February with Burscough Wharf Big Band performing live in the Studio on Thursday 16 February, 8pm. Formed in September 2015, the band consists of local musicians and is led by local big band legend Allan Robinson. Please note that this event has been moved to the Studio, sandwiches and cakes will be available to purchase from the bar. Tickets £7

April is fast approaching and everyone is excited to see the return of Chris Dean's The Syd Lawrence Orchestra on Saturday 29 April, 7.30pm. Come and join this wonderful Orchestra who have become the UK’s most successful and longest running Big Band to celebrate 50 glorious years of swing! Tickets £24 / £22 / £20 / £18