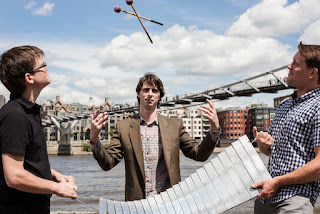 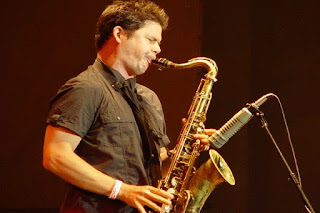 Seven Jazz Leeds are really pleased to announce our collaboration with the Love Pass Music to offer you the very best of jazz music coming to Leeds. These are our concerts in our Leeds international jazz series at Seven Arts, Chapel Allerton in Leeds over the next three months. You can buy a season ticket for all six evening concerts here: https://www.ticketsource.co.uk/event/EIKFJL

We welcome back to Seven Jazz for New York based saxophonist/composer Seamus Blake, who is recognized as one of the finest exponents of contemporary jazz. He has been a feature on the New York scene for 20 years, especially as a featured soloist with the Mingus Big Band who has performed with Wayne Shorter and Herbie Hancock. With James are Ross Stanley on Hammond organ, James Maddren on drums. The gig is a collaboration between Seven Jazz, Norvoljazz network and Kim Macari's Apollo and will be recorded for BBC Radio. Support is from Sam Quintana's "Wandering Monster". Tickets here  https://www.ticketsource.co.uk/event/EIKFKK

Leeds bassist Dave Kane is rightly gaining international recognition for his playing and compositions. His Magic YaYa Band are an octet of players from the burgeoning Leeds jazz scene. They have a great groove and feature punchy and brassy unison passages that led into some collective improvisation and then into individual solos. Support is from Phil Green's Quiet Jazz project. Tickets here https://www.ticketsource.co.uk/event/EIKFMD

The Music of Duke Ellington featuring Cleveland Watkiss (vocals) and Tom Harrison (sax) will be a joyful celebration of the music of the jazz legend Duke Ellington and his long-time collaborator Billy Strayhorn. The band features internationally recognised vocal star Cleveland Watkiss, whose credits include, Stevie Wonder, The Who and many more, as well as MOBO nominee David Lyttle and Steinway artist Robert Mitchell. Support is from the Jeff Hewer Quartet.Tickets here  https://www.ticketsource.co.uk/event/EIKFMK

Trish Clowes and Gareth Williams bring generations and styles of musicians/music together in a fascinating encounter on Thursday March 23rd. The Glow Quartet features these two exceptional musicians, Trish on tnor saxophone and Gareth on piano in an interactive band that combines the good stuff from both more traditional improvised jazz music and contemporary ideas. Support is from the Seven Jazz Voices Choir conducted by Tessa Smith. Tickets here  https://www.ticketsource.co.uk/event/EIKFMM

Jazz pannist Dudley Nesbitt and Leeds College of Music Jazz Orchestra will feature Leeds own steel pan maestro Dudley Nesbitt with the brilliant Leeds College of Music Jazz Orchestra to perform a special programme at Seven Arts showcasing the jazz steel pan. Dudley was the arranger for Steel Orchestras in Panorama in his native Trinidad, their equivalent of the Proms. This evening will be a chance for Dudley to play with the young musicians of the Leeds College of Music in their award winning Big Band led by tenor saxman, staff member and alumnus Rob Mitchell. Support is from the Pan Workshop band. Tickets https://www.ticketsource.co.uk/event/EIKGDM

Each of the evening concerts listed will be at Seven Arts Leeds,31 Harrogate Road, Chapel Allerton, Leeds LS7 3PD. Evening concerts start at 8pm and finish at 11pm. Doors open at 7.30pm. There will be a support act between 8 and 8.30 for each concert featuring a new group from the Leeds area.