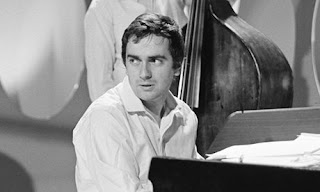 The Music of Dudley Moore 5 May

2017 sees the return of Jazz Café at The Atkinson and it’s certainly a season to get excited about!
In partnership with Southport Jazz Club, The Atkinson will be showcasing some of the best upcoming jazz artists, culminating in an open mic jazz jam with the guest band. Tickets cost £7 and are limited so early booking is advised. A selection of food will be available to purchase as well as wine and local real ales.

There are also two other special gigs to look forward to at the Atkinson:

Chris Dean's The Syd Lawrence Orchestra
Saturday 29 April, 7.30pm
Join the country’s finest big band as they celebrate 50 years thrilling audiences with swing! Formed in 1967, Syd Lawrence formed what was to become the UK’s most successful and longest running big band, performing in theatres all over Europe and regularly featuring on many TV shows such as Les Dawson, Morecambe and Wise, Pebble Mill, Wheel Tappers and Shunters and a Royal Variety performance. Tickets cost £18-24 (information can be found on The Atkinson’s website).

The Jazz of Dudley Moore: Chris Ingham
Friday 5 May, 8pm
Chris Ingham is bringing "Dudley", an album of compositions by the UK jazz (and acting) legend Dudley Moore to Southport and you don’t want to miss it! The emotional range and depth of Dudley's music has an intimate and heartfelt pleasure for all of us. Tickets cost £15 or £30 with 2 course meal (meal information can be found on The Atkinson’s website).