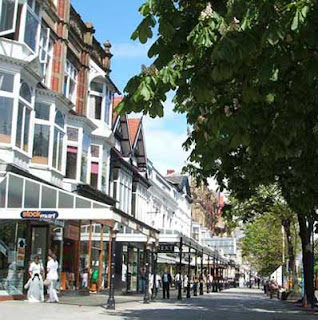 2016 was a year of exciting change at Southport Jazz. From one ad hoc jazz organisation that began life in 1991 (Southport Melodic Jazz) which evolved into a monthly jazz club (started 2001), added an annual international festival (Jazz on a Winter’s Weekend started 2004) and helped create a series of small venue jazz venues in the town, we now have three separate and dynamic groups to grow the jazz offering in Southport.

First and foremost, after 12 successful years, the festival, now rebranded from 2017 “Southport Jazz Festival” is under the directorship of new owner Neil Hughes. Neil, founder of The Cinnamon Club in Altrincham south of Manchester is a jazz enthusiast and experienced business man with a mission to further develop the festival and his first excellent programme (2-5 Feb 2017 at The Royal Clifton Hotel Southport) has been well received. Go to www.southportjazzfestival.com for information and tickets.

The monthly jazz club is now in the hands of three young local professional jazz musicians who are committed to expanding and broadening the audience for contemporary jazz in Southport - Dr Tom Sykes (lecturer, violinist and pianist) and saxophonists Mike Smith and Miranda Rimmer.
In collaboration with the Atkinson, Southport’s superb multi-arts venue, they have re-established Southport Jazz Club for a six month initial period (last Thursday evening in the month) at the Atkinson. Starting in October, the audience has grown with just less than 100 at the December meet. For information on 2017 events go to www.theatkinson.co.uk/jazzcafe and www.facebook.com/southportjazzclub

Jazz at The Royal Clifton Hotel Southport continues quarterly on Sundays under the direction of Southport Melodic Jazz founder Geoff Matthews, billed as “SMJ Days”, these provide 2 Sunday concerts, an afternoon matinee followed by an evening gig. The opener in October saw a packed matinee house for Parisian violinist Daniel John Martin followed by an evening with Italian pianist Enrico Pieranunzi and singer Tina May. December was a  sell out gig for Swingtime Big Band with Andy Prior and an evening concert with clarinettist  Pete Long’s Quintet. Coming up in the new year – just announced – April 23rd Georgina Jackson with Phil Shotton’s Swingshift Big Band and the Mike Hall/Steve Waterman quintet. July 2nd Dave Tyas’ SK2 augmented Big Band with guest conductor Bobby Lamb and an evening with the Alice Zawadzki Trio. For information/tickets ring 01704 541790. Details will be posted on www.jazzinsouthport.co.uk and www.facebook/southportmelodicjazz early January.