November out with a roar, December in with a whisper @ the Jazz Co-op 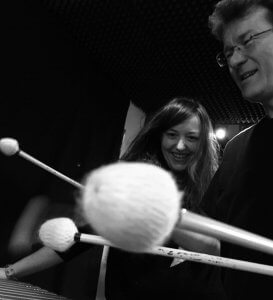 There's a flurry of boisterous jazz activity at Newcastle's Globe during the last two weeks of November. Then December starts with the ethereal voice of Kathryn Williams (pictured).

KOAN 4 - Collaborations
Friday 25 November 2016, 7.30pm
An evening of collaborative improvisations
Koan 4 brings three intriguing collaborations where the musicians have challenged themselves to work in an improvised format. Every partnership features musicians who combine sensitivity with bold leaps of imagination. This will be a remarkable night of the instant creation of new music.

A Night in Tunisia - Play Jazz! workshop
Saturday 3 December 2016,
2-6pm at Sage Gateshead
On the first Saturday of each month (except January and August) we run four-hour workshops in association with Sage Gateshead. Each one is different. The theme this time is A Night in Tunisia, facilitated by Stuart Finden.