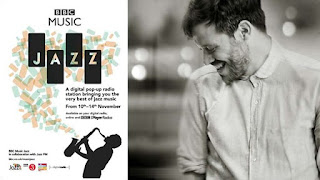 Or on DAB digital radio as one of the BBC stations

Will Young reveals his passion for jazz; music legend Sir Van Morrison discusses his relationship with jazz and Neil Cowley celebrates the late, great David Bowie’s influence on the jazz world. Catch up with Hollywood actor Don Cheadle, restaurant critic and writer Jay Rayner and the one and only Gregory Porter.

Maybe give some positive feedback and it might be on the air permanently!