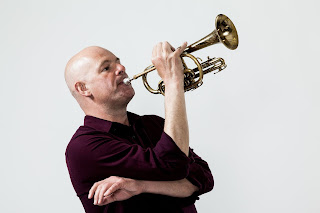 Since the release of his 1998 debut album A Rhythm Indicative, Damon Brown has become one of the UK and Europe’s leading Jazz trumpet players and composers. Born in Manchester, he studied the trumpet at Leeds School of Music and at Guildhall School of Music in London.

Throughout his career Damon has played and recorded with many artists including Sting, Eric Clapton, Bjork, Paul Weller and The Specials to name a few. Damon has toured extensively throughout the UK, Europe and the Far East and continues to teach and perform in Europe, Russia and the Far East.

Previous UK appearances with his Korean trio include the Pizza Express Jazz Club, Ronnie Scott’s, and The London and Edinburgh Jazz Festivals.

He has a bright and gleaming tone, a superbly poised attack and a fine rhythmic sense.’ – The Guardian.