Big names at Band on Wall 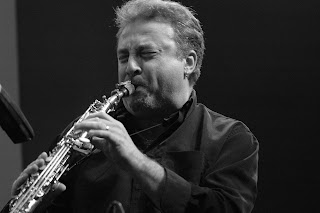 Some big jazz names this autumn at the Band on the Wall in Manchester:

TUESDAY 18TH OCTOBER: TIM GARLAND
Tim Garland is one of the most versatile musicians in the UK. Highly skilled as an instrumentalist, composer and bandleader, Garland has developed a highly original voice with a marriage of diverse influences combined with unique and varied line-ups. This band features Asaf Sirkis, Jason Rebello and relative newcomer Ant Law on various guitars (including 12 string and 8 string).

TUESDAY 8TH NOVEMBER: THE NECKS
Celebrating their 30th anniversary in 2016, The Necks offer a phenomenal musical experience, unlike any piano trio you may have heard. Over 30 years they have honed an assured process of building around repeated motifs through subtle shifts and layering to produce an extraordinarily dense and hypnotic effect, which builds in a mesmerising, epic fashion. The Necks may be a trio but they conjure a sound of orchestral expanse.