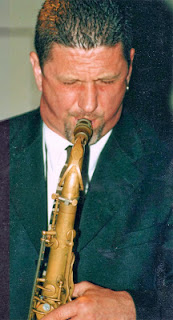 As summer draws to a close preparations are well in hand for the move of Sheffield Jazz to Crookes Social Club. Leaflets have been distributed to the usual places as well as many new cafes and bars in the Broomhill, Crookes and Walkley districts and we’ve been busy at the club itself,  checking out the PA and acoustics, the layout of the seating and, it has to be said, the quality of the bar. We’re pleased to announce that all passed the test, and we can’t wait for the start of the new season, which starts on 30th September with the remarkable Benn Clatworthy. And as a special introductory offer to celebrate the start of Crookes, all tickets for this gig are priced at just £5 !

Crookes Social Club is our new base. Many of you will know the club from having been to events in the past, as it has been a mainstay of the Sheffield scene for many years, for all kinds of public events, but especially music and comedy. The club is a great venue, with enough space for every seat to have a table, and has an excellent layout and sightlines, a wide range of drinks at reasonable prices, good public transport links and tickets held at the same prices as last year.

14th October by the Tim Garland Electric Quartet whose current tour is receiving rave reviews from the music press and features their current album One. Tim has toured with Chick Corea for almost two decades and his new band features former Sting and Jeff Beck pianist Jason Rebello, Ant Law and Asaf Sirkis.

21st October we have the first of the season’s two gigs at the Crucible, with the Glow quartet, featuring Trish Clowes on sax, Gareth Williams on piano, Calum Gourlay on bass and Martin France on drums. Playing new interpretations of standards and originals they “take risks ... playing from more traditional improvised music and contemporary ideas.

The season continues through the autumn with Gilad Atzmon and Alan Barnes’ Lowest Common Denominator, 11 piece band Pavillon, including Martin Speake, Andy Panayi, Steve Fishwick, Sarah Williams and Gene Calderazzo and the Clark Tracey quintet, all at Crookes Social Club. The season is rounded off in December by Stan Sulzmann and Nikki Iles featuring in a duo at the Crucible Studio.

More details about all these gigs in Sheffield Jazz’s season at: www.sheffieldjazz.org.uk