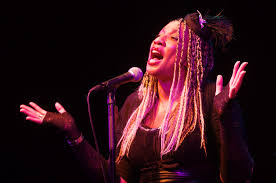 Vocalist Juliet Kelly tours rural venues during the month with her self explanatory Bond to Bowie show. The itinerary is expressly designed to call in at remote church and village halls, institutes and community centres. Frosterley Village Hall (Sep 23) is the one stop in County Durham, followed by two gigs in Northumberland at Middleton and Tonbridge Village Hall nr Morpeth (Sep 24) and Whittingham (Sep 25) in the Memorial Institute.

During September the north east hosts musicians from all over the globe. At the end of the month (Sep 27), at the nearby Jazz Café, London-based Henrik Jensen will make a return visit to the Pink Lane venue. The Dane will be working with Esben Tjalve (piano), drummer Antonio Fusco, and trumpet and flugelhorn player Andre Canniere on a Jazz North East Schmazz promotion.

The Hammond B3 and its variants conjure late night, ‘back-at-the-chicken-shack’ joints. Two masterful exponents of the instrument can be heard a matter of a few days apart at the Jazz Café and the adjoining Black Swan basement venue in Newcastle Arts Centre. Friday 16 Sept in the upstairs room at the Jazz Café promises to be one storming gig. Guitarist Nigel Price will be getting into the groove as Ross Stanley hits those bass pedals with the immaculate Steve Brown (drums) alongside. The Early Bird Band will open with a set of its own. A group of emerging young musicians tutored by Paul Edis, expect to hear jazz classics and one or two original pieces. One week later (Sep 22) Gerry Richardson’s Big Idea – an all star nine-piece outfit – plays the Black Swan. Two great gigs, why not go to both?

Darlington’s Opus 4 Jazz Club meets in the upstairs room of the Traveller’s Rest on Sep 16. Promoter and patron alike can expect a visit from the boys in blue. No, the joint won’t be raided, rather, there will be a set from the Leeds-based Jazz Police.

Chris Barber keeps on gigging – and why not? The Big Chris Barber Band will play the Gala Theatre, Durham Sep 29. You wouldn’t bet against a return visit next year, and the year after.

Finally, a jam session. Jam sessions are what they are, they can, by their very nature, be hit and miss affairs. However, recent editions of the Jazz Café’s regular jam session are already the stuff of legend. The standard of musicianship has been exceptionally high and the atmosphere – the applause, cheers, whistles – something else. Tellingly perhaps, the  participation of several younger musicians has made the night. Hugely talented, the Jazz Café’s jam session – first and third Tuesdays in the month – is fast becoming the gig you cannot miss!