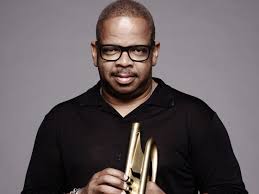 If you saw their memorable concert at last year's Gateshead International Jazz Festival you'll be interested to know that Terence Blanchard & The Inner City Ensemble are back doing a four date Northern tour this September.

Since top-tier jazz and multiple Grammy-winning trumpeter and composer Terence Blanchard embarked on his solo recording career with his eponymous Columbia Records album in 1991, the New Orleans-born and -based artist has traveled many paths musically, including delivering adventurous and provocative acoustic jazz outings of original material, composing over 50 soundtracks and even, in 2013, debuting Champion: An Opera in Jazz. He has also, in the spirit of his onetime membership in the jazz school of Art Blakey’s Jazz Messengers, mentored several musicians in his bands who have gone on to have significant recording careers of their own (including Lionel Loueke, Aaron Parks, Kendrick Scott and one of his current band members Fabian Almazan).

The E collective are electric bassist Donald Ramsey (a colleague from their New Orleans high school days) and drummer Oscar Seaton (a Chicago native who got his first break playing with Ramsey Lewis in 1996 and later played in soundtracks written by Terence) guitarist Charles Altura and Fabian Almazan on piano and synths.