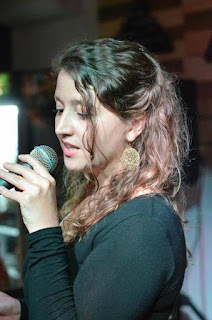 The gigs we've got for you in July are as follows

JULY 6
Ben Lowman
Returning after his first appearance at the club, Ben plays tenor sax, flute and clarinet as
well as composing and arranging. A graduate of Leeds College of Music with first class honours,
Ben has full, warm tone to match his creative skills. With MG3. £4.

JULY 13
Thom Whitworth
A return visit has the double pleasure of hearing Tom’s imaginative improvising on trumpet - a tone and fluency reminiscent of Clifford Brown and Chet Baker - and guitar, with influences of Pat Metheny and Wes Montgomery. With MG3. £4.

JULY 20
Simon Beddoe
Trumpet and flugelhorn player inspired by Miles Davis, Freddie Hubbard and Donald Byrd, Simon is at the forefront of some of the UK’s most innovative music including Submotion Orchestra,
a seven piece band combining percussive electronica, jazz and soul. MG3. £4.