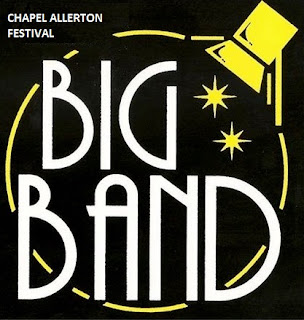 Would you like to play at the Village Jazz Festival in Chapel Allerton, Leeds ? Big band leader performer and arranger Dave Evans wants to create a brand new community band just for the Festival.

Dave’s idea is to engage community musicians -  local people who play instruments but might not regularly play in a band The idea is to bring people together in a joyful celebration of music and to show what can be achieved in a short space of time.

If this for you then there is an opportunity for you to rehearse and play a set of music at the Festival at Seven Arts on Friday evening 2 September 8pm and then on Saturday afternoon 3 September in Regent Street 4.15pm.

The band will be open to all including families and kids under 16 (if accompanied by an adult). The first rehearsal is at Gledhow Sport and Social Club, Gledhow Lane, Leeds LS8 1NQ

The repertoire will include jazz, blues and improvised music

Cost for six sessions is £30, (concessions for unwaged £25) with kids under 16 free. Come along to enrol at one of the first two sessions!

The first rehearsal is Thursday 28 July 7pm, then 4 August, 25 August, 2 September plus other dates to be arranged

If you’d like to join in just email Dave at  evansdj01@hotmail.co.uk