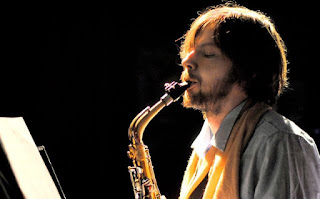 People get ready, there’s a jazz train a comin’. Get on board the Tyne Valley Hong Kong curry train and take time to ponder a major mid-month dilemma this July. Ex-pat Geordie trumpeter Colin Aitchison makes his annual pilgrimage to his native Tyneside to play as many gigs in one week as it is humanly possible to do. A Satchmo disciple, Aitchison has an insatiable appetite for jazz. Our Man in Hong Kong will arrive with a clarinet virtuoso, Italian born, Hong Kong-based Franco Valussi, and a Jumbo jet full of jazz crazy fans.

Aitchison and Valussi feature in the Reunion Band at the Black Bull, Blaydon (July 10). The Bridge Street pub is likely to be jam-packed as the two horn players will be joined by Steve Andrews, reeds, making it a three-strong front line ably supported by Roly Veitch, guitar and Roy Cansdale, double bass. Aichison and Valussi have a train to catch on July 6 from Newcastle Central Station. They’ll be joined by a band of jazz friends to entertain an unsuspecting, captive audience of Tyne Valley rail commuters. Alighting at Corbridge station, still blowing, they’ll step into the Valley Restaurant (conveniently situated on the station platform) to enjoy a curry and a glass or two with the Vieux Carré Jazzmen.

Travel east on the Metro (Tyneside’s light railway network) to Tynemouth. Arrive by one o’clock on July 25 and you’ll hear none other than Zoë Gilby singing. A North Tyneside Council initiative, commuters will be able to listen to jazz on the platform each weekday throughout the summer. If you’re passing through Tynemouth the chances are you’ll hear the Maine Street Jazzmen one day, the Vieux Carré Jazzmen the next. A local council deserving of a pat on the back.

There is a big occasion in Darlington on July 4. A Monday night, a school night, make an exception and get along to the Dolphin Centre for a rare appearance in the area of NYJO! Darlington Jazz Club has pushed the boat out for this one. Make the effort.

July 15 will put many in a quandary. Five gigs, each one five star, you choose: lunchtime at the Gala, Durham it’s the Gerry Richardson Quartet, on Friday evening do you stay in Durham for the Hot 8 Brass Band or head to Newcastle to catch Zhenya Strigalev at the Globe or King Bee at Hoochie Coochie? Alternatively you could head south to Opus 4 Jazz Club’s gig in Darlington to hear the Lewis Watson-Mark Toomey Quintet. And finally, if you go to just one gig in July (just one gig, surely not?) it has to be Alan Glen at the Globe on July 28. The modern jazz piano maestro plays a birthday gig. 80 not out!