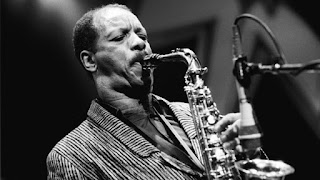 Like a lot of promoters, Jazz North East takes a break during the height of Summer (whenever that is!), but they’re packing a lot of good stuff into the first half of July.

They start on the evening of Saturday 2nd with an entirely new venture, programming the inaugural Jazz Stage at Narc Magazine’s Festival in Ouseburn (Newcastle’s equivalent to the Paris Left Bank). As you’d expect from such a genre-blind promoter, they’ve selected four very diverse bands, starting with fierce free improv from Mick Beck, Derek Saw & Charlie Collins, followed by Zoë Gilby’s solo voice & electronics project ‘Watching Sideways’. Then it’s self-styled ‘power-jazz commando team’ Taupe, and lastly, for anybody thinking “It’s jazz, Jim, but not as I know it”, the relatively straightahead quintet ‘Not Now Charlie’. The whole thing happens at Cluny 2, and there’s no charge for admission.

The following night, Sun 3rd at the Bridge Hotel, there’s another typically adventurous promotion, with bassist John Pope bringing in a specially assembled quintet of players from Newcastle and Manchester to celebrate the music of Ornette Coleman. It will be 50 years almost to the day since JNE presented the Coleman Trio as one of its first ever gigs, so this is a fitting tribute not just to one of jazz’s towering figures, but also to the longevity of the promoters.

A week later, 10 July again at the Bridge, there’s a double bill of Glasgow’s Square One Quartet - recent recipients of the Peter Whittingham Award for young jazz artists - and a new trio put together by trumpeter Graham Hardy. Graham was given carte blanche by JNE to do whatever took his fancy, and the line-up of himself, guitarist Mark Williams and drummer Russ Morgan is likely to deliver new material created for this gig.

Finally, on the 12th at the Black Swan, JNE are linking up with Asian arts organisation GemArts to present Manjula, the Leeds-based quartet which touches on a world of jazz influences, but with leader Vanessa Rani’s study of classical Indian vocal music a key component.