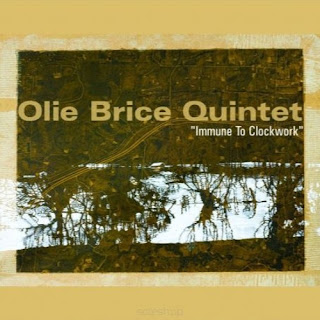 The Olie Brice Quintet released its debut album ‘Immune to Clockwork’ in 2014.
The quintet was named as one of the ‘new bands 2014’ in the El Intruso Critics Poll, and was described by Richard Williams as “one of the most interesting and satisfying bands on the current UK scene”.
oliebrice.wordpress.com

Bravest Boat are a collective based in Glasgow and Bradford exploring structured improvisations, loose composition and prepared spontaneity. Some written bits, some not.

A love of raw sounds, field recordings and lifetimes participating in DIY music led Bravest Boat to record in locations of significance to them as a band and individual musicians, away from the recording studio. Kinning Park Complex, a community centre in an old Edwardian school that was reclaimed from property developers with a now legendary sit in in 1996, is a venue, rehearsal space and general headquarters for many of the band and other kindred spirits. The 1 in 12 club, a key venue in the 90s anarchist underground, re-opened as a collective, community led library, events space and social centre just as Aby and George moved back to Yorkshire. These places were inspirational to the band and offered unique, raw acoustics that helped define the sound of the debut album, Bowed Beam.