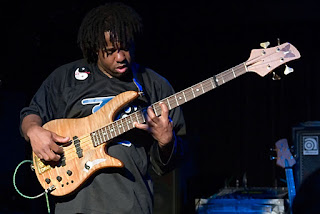 In 2011, he was named in the "Top 10 Bassists of All Time" by Rolling Stone. In addition to a solo career and collaborations with various artists, Wooten has been the longtime bassist in Mike Stern's band

He has recorded an album with two other jazz bass legends Stanley Clarke and Marcus Miller. The trio of bassists, under the name SMV, released "Thunder" in August 2008

He operates his own record label, Vix Records, on which he releases his own music.

With UK date a huge rarity don't miss this opportunity to see one of the world's finest musicians up close and personal!