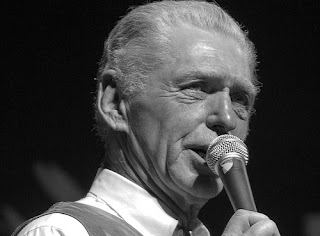 Tickets for the 31st Wigan International Jazz Festival go on sale today (1 Mar) and - as in previous years - the organisers have brought the very best of the jazz world’s musicians to our doorstep.

The festival, which runs for 4 days from the evening of THURSDAY 7th JULY to SUNDAY 10th JULY 2016, is opened by the return to Wigan of world famous singer/songwriter GEORGIE FAME. Fame - who was born in Leigh - has just had a new album SWANSONGS released, along with a compilation of his back catalogue and will be joined onstage by the incredible GUY BARKER BIG BAND

Saturday’s evening concert sees a return to the stand for the legendary Big Chris Barber Band. Chris has been a jazz trombonist and bandleader for the past 67 years and leads one of Europe's most successful and popular traditional jazz bands.

Sunday Afternoon promises to be a swinging time as we welcome back the SWING TIME BIG BAND with special guest (and local boy) ANDY PRIOR and also featuring vocalist EMMA HOLCROFT ; with the evening - and the Festival - rounded off with a concert by the SHAPE JAZZ ORCHESTRA whose official title is The Supreme Headquarters Allied Powers Europe and who are the official musical representative of the North Atlantic Treaty Organisation (NATO)