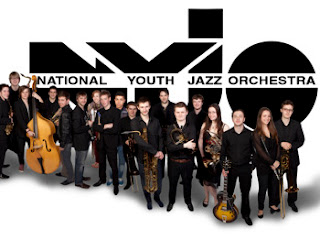 Doncaster Youth Jazz Orchestra has concluded deals with state of the art theatre Doncaster CAST to present 2 important concerts during this year.

The first, on 1st July 2016, puts on stage both Doncaster Youth Jazz Orchestra  and the EKS Big Band from Doncaster’s twin town of Herten in Germany. The joint concert will be the final event in a week of workshops and concerts in local venues, including a range of schools locally.

The second is even more significant because it will bring to Doncaster for the very first time in its history the National Youth Jazz Orchestra. On 18th September, this highly regarded band will appear jointly at CAST with the Doncaster Youth Jazz Orchestra, bringing together the two best youth jazz organisations the country can boast.

A team of NYJO “ambassadors” will be in the town for the two preceding days giving workshops in local schools, together with workshops at CAST for local young players. This has been arranged through the Doncaster Music Education Hub, in which DYJA is a partner.

These two concerts are the first elements of a growth and development programme for DYJA and follow on from the recent announcement of the engagement of top trombonist Dennis Rollins as DYJA’s Associate Music Director; later developments are expected to include appearances of Doncaster Jazz Orchestra, made up of past alumni of DYJA, at pop festivals around Britain during this summer. Plans are also being developed for a Big Band Jazz Summer School at High Melton in July 2017 which is expected to draw young players from all round the UK and Europe.