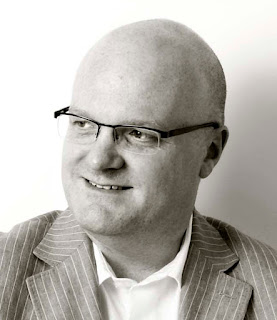 Sunday evening February 7th saw the closing night of the 12th ‘Jazz on a Winter’s Weekend’; created in 2005 by Southport Melodic Jazz (SMJ) under the direction of Chairman Geoff Matthews,
the event has been held annually on the first weekend of February at Southport’s Best Western Royal Clifton Hotel & Spa. The 2016 festival had close on 2500 seats filled over the 11 two hour concerts with capacity audiences from all over the UK enjoying  a variety of jazz from  international groups from France (Daniel John Martin), Denmark (Mads Mathias), Norway (Marius Neset), the USA (Patrick Cornelius) and a strong UK contingent including bands led by  Alec Dankworth, David Newton-Iain Dixon, Alan Barnes-Dave O’Higgins and Jim Mullen.

Said Geoff    “It’s been an absolute joy to have been involved with my enthusiastic SMJ team in the development of ‘Jazz on a Winter’s Weekend’; the time has just flown by and we’ve hosted some incredible concerts with world class musicians and built up an equally enthusiastic and loyal audience in those 12 years.

We all want the festival to continue beyond our teams’ working lives and have had that in mind for a while. So I was delighted to be able to announce to the Sunday afternoon concert audience and to introduce on stage my successor Neil Hughes. He will be taking over as festival Director from 2017.”
Neil Hughes, who has been running The Cinnamon Club in Manchester for 13 years, said “he was very excited to be taking over” and added

“As someone who programmes Jazz, and has been an attendee at Southport before, I know just how important it is to keep this festivals going. I have inherited a unique, single venue, multi-room festival in an iconic building with all the facilities to keep over 200 Jazz  fans happy for every concert, and I fully intend to do just that. We have world class musicians and composers in the UK and the festival has international jazz links and I am looking forward to revealing my very first festival line-up for ‘Jazz on a Winter’s Weekend  3-5th February 2017 at the Royal Clifton Hotel Southport.”