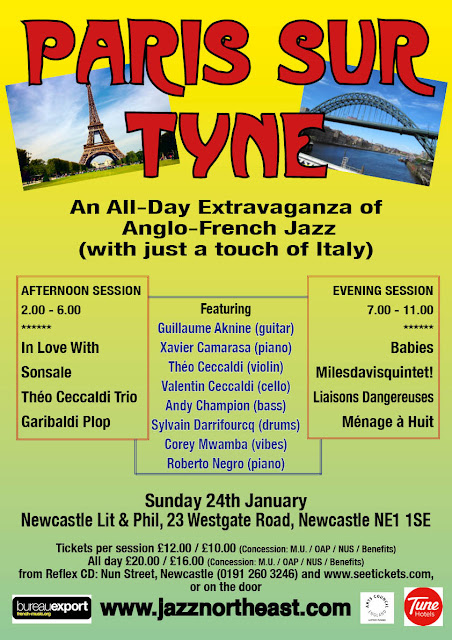 Possibly only Jazz North East could be adventurous or mad enough (probably both) to fly in six musicians from Paris, link them up with UK wild men Andy Champion and Corey Mwamba, and present them in an all-day, eight band extravaganza. In fact even French promoters might think twice about such a crazy idea.

But this is exactly what JNE (now in their 50th year, and growing old disgracefully) have done, with five well established French bands, one - Sonsale - previously created under the Anglo-French Jazz-Shuttle scheme, and two combinations put together especially for the day (and thus never to be repeated). Cheaper than a trip to France, and you don't need a passport. Magnifique!