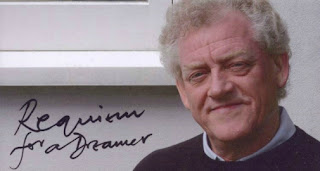 John Taylor was an inspirational pianist, composer and musician who worked alongside some of the greatest jazz stars on the concert platform and in the recording studio in addition to his solo career.  Following his sudden death on 17 July last year we celebrate his extraordinary talent and the influence that he had on two generations of musicians.

John joined the Department of Music at York University as a lecturer in 2005 and continued to give masterclasses and recitals both there and at the NCEM.  Julian Argüelles, a close collaborator and friend, leads this concert with Steve Watts and former students of John who are now professional musicians.

‘Taylor’s playing was virtuosic but never overwrought, combining a melodic lyricism with rhythmic originality and drawing influences from classical music. He was regarded by connoisseurs as one of the most creative and technically brilliant pianists in jazz.’ Daily Telegraph