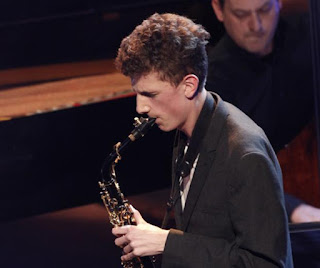 The BBC have announced their five finalists in the BBC Young Musicians Final 2016.

With an age range of 15-21, the 2016 finalists include two sibling competitors, Alexandra Ridout (on trumpet) and her brother Tom (on sax and recorder). Saxophonist Tom Smith returns, after being a finalist at the 2014 inaugural even, and there are two pianists, the oldest competitor Elliott Sansom (21) and the youngest, Noah Stoneman (15).

The final will take place on 12 March at the Royal Welsh College of Music’s Dora Stoutzker Hall in Cardiff.

Saxophonist Alexander Bone, the winner of the first competition in 2014, will be performing at the final. Bone is currently studying at the Royal Academy of Music and he performed at the BBC Proms in the Park last September.

The five finalists will be accompanied by the Gwilym Simcock Trio. Simcock was the first jazz musician to take part in the BBC Radio 3 New Generation Artists scheme (2006-08). He will also be mentoring the finalists as they rehearse.

The shortlist for the final is: