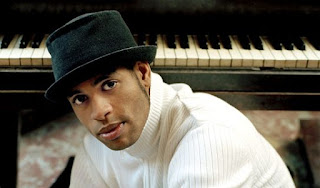 The fully-fledged Buena Vista Social Club prodigy was born in Havana into a musical family and started studying piano at the age of 8, drawing inspiration from afro-Cuban music and jazz musicians such as Herbie Hancock and Keith Jarrett, but also old American funk and soul classics. Roberto has gone on to work with various members of the Buena Vista Social Club including stars such as Omara Portuondo, Ibrahim Ferrer and Rubén González and he has recently collaborated with Mali’s music sensation Fatoumata Diawara.

“We’re very excited to bring Roberto Fonseca to next year’s festival. We first brought him to the North East to perform to a packed Newcastle City Hall audience back in 2003 as a relatively unknown young virtuoso pianist with Cuban singer Ibrahim Ferrer, a concert that was part of our pre-opening programme. He returned after Sage Gateshead’s opening, as Music Director for Ferrer in May 2005, and then performed to a sold out Sage Two crowd in 2007 with his own band. He returned with the Columbian salsa collective LA-33 in 2009 and with Gilles Peterson’s Havana Cultura project in 2010 before opening the 8th Gateshead International Jazz Festival in 2012. It has been great to be part of his journey over the years and for this concert, he will be bringing his trio - Ramsés ‘Dynamite’ Rodriguez on drums and Yandy Martinez on bass.”

Tickets go on sale for Roberto Fonseca can be purchased online at www.sagegateshead.com  and at the Ticket Office either in person or by calling 0191 443 4661.

The Gateshead International Jazz Festival, the UK’s biggest held under one roof, runs from Friday 15 – Sunday 17 April 2016 at Sage Gateshead.