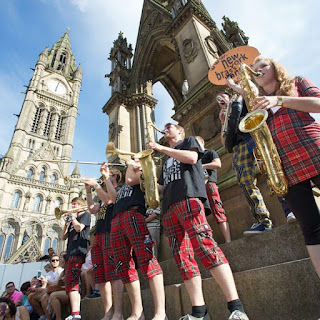 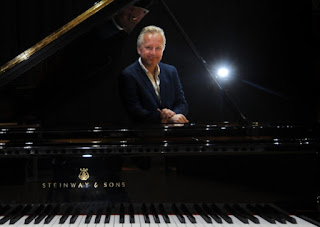 The real new years honours list didn't do much for jazz, so we've done our own! The North of England is one of the best place to see jazz in the UK, second only to London in the quality variety of jazz being played, composed and recorded***.

We all need to be creative to keep the jazz ship afloat (less jokes about the submerged North please..) So it seems fitting to ask some jazz people from the North what they remember as the highlights of 2015 (up to three) - a NorvolJazz New Years honours list!


Other people's nominations can still be included - so why not nominate your best three highlightsof 2015 as a reply!

***Just in case you don't know, we'll tell you! There are 18 Northern jazz festivals now covering all areas and musical styles. We have more than 30 jazz clubs, co-operatives, collectives and venues in the North promoting contemporary jazz throughout the year. Our two highly successful music conservatories train many new musicians each year- at Manchester's RNCM and at Leeds College of Music - who celebrated their 50th anniversary in 2015 in style - as well as the Jazz degree run by the University of Northumbria and the long established Improvised Music degree at York University. Places like the Band on the Wall in Manchester, the Howard Assembly Room Leeds, The Crucible Theatre Studio in Sheffield and the Sage Gateshead show that public funding can still provide great spaces for jazz to find a home.

At the much smaller end there are "crucibles of creativity" all over the place - for example Fold studios, Fusebox and LS6 in Leeds, the Lescar in Sheffield, the Bridge Hotel jazz series in Newcastle. There is creativity in our jazz festivals - Manchester's "MJF Introducing" and "MJF Originals", Marsden "New Stream", Lancaster's "Breaking Bread", right through to creative teaching of "Dales Jam" in Skipton or just creative new ways of running things, like the Newcastle Jazz Co-op and Heart in Leeds.

We're also fortunate to have one of the few Arts Council funded regional jazz organisations - Jazz North, that supports musicians and bands through the much admired "Northern Line" scheme, now in it's third year. We also has the most active regional network of jazz clubs in the UK through the NorvolJazz network.