Katie Rogerson and the NHS choir pitch for No 1 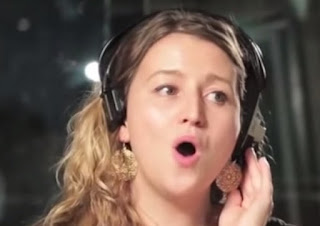 A campaign to take the NHS to the top of the UK singles chart this Christmas has captured the imaginations of hundreds of thousands of people.

Katie Rogerson, a children’s doctor (and a Leeds based jazz singer) from Roundhay in Leeds has helped to launch a charity single by the NHS Choir in a bid to take the festive top spot that is among the bookies’ favourites- see it here: https://www.youtube.com/watch?v=ve1sevQpQLQ

More than 200,000 people have pledged to buy the single after a Facebook campaign set up by Katie and colleagues Harriet Nerva and Joe Blunden went viral and amassed millions of shares and likes. All proceeds from the song will be shared between Carers UK and Mind (including Mind’s sister charities in Scotland and Northern Ireland), and smaller charities in the New Year.

The NHS Choir will compete with X Factor winner Louisa Johnson, the Star Wars theme, Stormzy, Justin Bieber and One Direction for the coveted top spot which will be revealed on BBC Radio 1 on Christmas Day. I think we know which one most jazz fans would want to see win! Over to you...