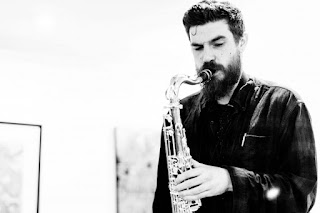 SPROGGITS is back at our old stomping ground of Wharf Chambers, and this month we're incredibly excited to have Eliot Richards bringing his expertly-named sextet "How I Lost My Mind (and Other Adventures)". Inspired by late-period-Coltrane, expect (as the name would suggest) the soundtrack to someone going slowly insane. Lovely. Opening the night we'll have a free-up featuring some other great musicians - check the lineup below. Four of Leeds' heaviest tenor players in one room! It's tenor madness! Surely not to be missed. Also not to be missed is, as always, the Leeds jazz scene's greatest-worst raffle.