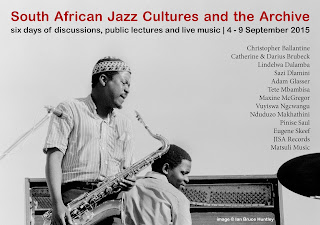 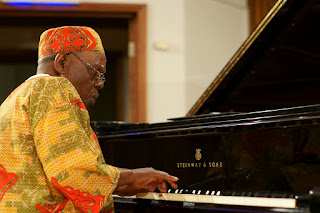 c Gregory Franz
Taking place from 4 – 9 September 2015, events will feature internationally renowned names in a pioneering series of live music events, discussions, film showings, public lectures, book readings and record launches exploring South African Jazz. The events will take place at the University of York culminating in a concert at the National Centre for Early Music. All events are open to the public and the majority are free.

Dr Jonathan Eato, Lecturer in the Department of Music and project lead, says:
“This is a terrifically exciting and profound project with an international reach. Exploring the legacy of South African jazz, the project aims to encourage critical engagement with musical thinking and priorities, rather than socio-historical information. The fact that this is happening in York is wonderful and is a unique opportunity to hear from South African jazz legends, and see some fantastic performances".

• Eugene Skeef, musician and activist, will share scenes from his film about the impact of the legendary South African musician and personal friend, Bheki Mseleku. Skeef was forced to leave his native South Africa in 1980 and go into exile because of his political and cultural activism (Saturday 5 September, Rymer Audiorium, University of York 6.30 – 7.45pm)

• Tete Mbambisa and his ‘Big SA-UK Sound’ will perform at the National Centre for Early Music on Wednesday 9 September (7.30 – 9.30pm). Tete Mbambisa’s band will feature British musicians who worked with the South African exiles in London. With the exception of Louis Moholo-Moholo, the members of the influential exile band The Blue Notes passed on before the end of apartheid and consequently never returned to live and work permanently in South Africa. As such this is a re-joining of a broken chain of musical knowledge that left with The Blue Notes in the 1960s, was added to and developed by three decades of work in exile, but which never passed back to the South African musicians who remained at home. Mbambisa will be reunited with drummer Gilbert Matthews, who he worked with in South Africa before Matthews left for European exile.