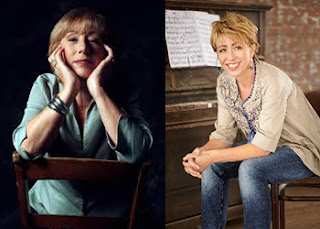 Chris Powls writes "The Richmond Jazz Festival takes place between 11th and 13th of September and features both established acts and up-and-coming talent from the UK.


Richmond Jazz Festival was established in 2008 to promote the performance of contemporary jazz at an acoustic level played by leading musicians on the British scene, and by regional and local musicians. A longer term aim was to hold workshops for young musicians.

The main Festival performance venue is the Georgian Theatre Royal, Richmond. The small scale and intimate nature of its auditorium provides the perfect acoustic in which to listen to and perform music at an acoustic level.

In 2009 a two-day workshop was held as part of the Festival. Since then, workshops have been held fortnightly from January to November. The aim of the workshops is to help musicians, aged 12 to 19 years, to gain the knowledge, skills, experience and confidence to create their own music through individual and group improvisation. Some of the workshops are self-led, others by professional musicians; currently James Mainwaring and Paul Edis. A number of concerts are held every year, ending with a concert in September as part of the Festival. Along the way, the workshops have taken on the name Richmond Jam.

Starting later this year, pilot creative music workshops for musicians, aged 8 to 13 years, led by professional musicians, will be delivered by the Festival in liaison with Richmondshire primary and secondary schools, youth service and community venues.

This year, for the first time, the Festival will present a concert featuring 'emerging young musicians' - The Continuum Trio and Square One. Two former members of Richmond Jam, Will Stockdale and Joe Williamson, are members of The Continuum Trio and 'Square One', respectively. Will is currently at Leeds College of Music and Joe at the Royal Conservatoire of Scotland.

Continuum Trio/Square One (Friday, 7.30pm 11 Sept)
Continuum Trio are from Leeds College of Music and are focused on all three voices having equal spotlight in the group. Expect strong melodies, lush harmony and grooves reminiscent of John Scofield. Will Sensicle-guitar, Will Stockbridge-bass guitar, Peter Udall-drums

Square One are from Glasgow and are co-led by guitarist Joe Williamson and Pete Johnstone. Their music draws influence not only from jazz but also from folk and rock. Pianist Pete Johnstone won Young Scottish Jazz Musician of the Year (Joe Williamson-guitar, Pete Johnstone-piano, Dave Bowden-bass, Stephen Henderson-drums.)

Norma Winstone and Nikki Iles Duo (Saturday, 7.30pm 12 Sept)
This duo features two of the UK's most respected and celebrated figures in Jazz. Norma Winstone is widely considered to be at the forefront of jazz and has performed in many seminal groups including Azimuth, Kenny Wheeler's Music for Large and Small Ensembles and Nikki Iles' group, The Printmakers. Nikki herself has an international reputation both as a performer and as an educator and has a packed schedule of international engagements. This performance is sure to be one to remember.

Richmond Jam (Sunday, 7.30pm 13 Sept)
Richmond Jam presents its annual exuberant feast of original music and jazz standards. Richmond Jam is an ensemble of improvising musicians aged 12 – 19 from Richmond and the Dales. It arose out of a two-day workshop for young musicians held as part of the 2009 Richmond Jazz Festival. Consequently, since 2010, workshops have been held fortnightly at the Youth Centre on the Richmond School campus. The primary aim of this unique, ongoing programme of workshops and concerts, is to help young musicians, through individual and group improvisation, to gain the knowledge, skills, experience and confidence to create and perform their own music.