Jazz for lunch at Lit and Phil 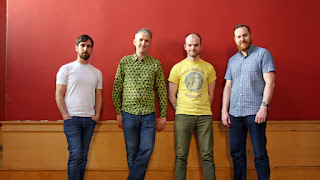 September 4th – James Harrison Trio
James Harrison is a recent graduate of the prestigious BMus course from Sage, Gateshead. He has quickly established himself as a recognised figure on the North East jazz scene regularly working with a host of different bands including the Lindsay Hannon Plus, Mick Donnelly's Musicians' Unlimited and giving regular solo performances. His trio features John Pope (bass) and Tom Chapman (drums)
www.jamesharrisonmusician.com

October 30th - Pannonica - Zoe Gilby (voice), Paul Edis (piano) and Andy Champion (bass)
Jazz vocalist Zoe Gilby's new project features some of the North East’s most talented instrumentalists and primarily draws on the work of one of her musical heroines, American singer Carmen McRae, who recorded memorable interpretations of Thelonious Monk’s music in the 1960’s (including some of his best known tunes such as ‘Blue Monk’, and ‘Pannonica’ (written in honour of the Jazz Baroness, the muse of bebop).
www.zoegilby.co.uk

November 13th – Mark Williams and Joel McCulloch guitar duo
Joel has returned to the North East after living in Manchester, and so the duo has picked up where they left off many moons ago. They will be playing a choice selection of contemporary standards from composers such as Wayne Shorter, Steve Swallow and Charlie Haden, along with a few originals.

December 11th  - Graeme Wilson Quartet
This band is all about heartfelt improvisation on idiosyncratic tunes that stay with you. The players infuse driving jazz and latin rhythms or ambient swing with their various enthusiasms including folk and rock ballads, free jazz and the dancefloor.
https://www.gigmit.com/graeme-wilson-quartet