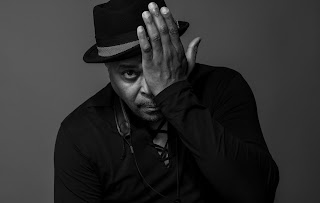 Internationally-acclaimed saxophonist Jean Toussaint will lead the headliners at this year’s Marsden Jazz Festival, it has been announced.

The Caribbean-born musician, who relocated to New York in the 1980s to become a member of Art Blakey’s renowned group, the Jazz Messengers, will perform in the Yorkshire Pennine village during the festival weekend between 9 and 11 October.

Jean Toussaint will be commemorating his time with the Jazz Messengers 25 years after the death of Art Blakey with a performance called Roots and Herbs “The Blakey Project” on Sunday 11 October, featuring an all-star line-up of British jazz musicians, including Byron Wallen, Dennis Rollins and Jason Rebello.

New Orleans-based clarinettist Evan Christopher brings his Django à la Créole show on Friday 9 October, whose Gypsy swing and creole rhythms featured in the Sunday Times’ top ten jazz albums of 2014. Described as “not only the greatest jazz clarinetist alive, but one of the greatest of all time” by founder of Atlantic Records Ahmet Ertegün, the show also features fellow New Orleans banjo and guitar supremo Don Vappie.

Multi award-winning vocalist Claire Martin OBE and legendary saxophonist and vocalist Ray Gelato will combine their love of all things 'swing' in Marsden Mechanics on Saturday 10 October, joining forces with the Dave Newton Trio for their first show together.

And Arun Ghosh will also be bringing his renowned IndoJazz sextet to Marsden after being named ‘Jazz Instrumentalist of the Year' at last year’s UK Parliamentary Jazz Awards.

The Ben Crosland Quintet featuring John Etheridge (guitar) and Dave O’Higgins (sax) will perform a new set of arrangements by Crosland inspired by the songs of Ray Davies on Friday 9th and the Nu Popes will round off the Saturday programme with a late-night mix of soul, blues, funk and reggae.

Lauren Kinsella leads her own ensemble with a set of original music to complete the New Stream. Lauded for the range and depth of expression in her performance, Lauren is in the vanguard of the development of vocal jazz and is a nominee for Vocalist of the Year in Jazz FM’s 2015 Awards.

Festival Producer Barney Stevenson says: “We’re really excited by the line-up of headliners for this year’s festival and I’d definitely encourage anyone who hasn’t been before to come along and see what they’re missing. “Jean Toussaint’s time with Art Blakey’s Jazz Messengers inspired his career as a jazz musician so it will definitely be a highlight to see his performance dedicated to Art Blakey, 25 years after his death.

The Marsden Jazz Festival has become a mainstay of the festival calendar over the past 20 years, with performances by Simon Fell and Let Spin during last year’s event recently featuring on BBC Radio 3’s ‘Jazz on 3’ programme. Most of the headliner performances will take place at the 19th century Mechanics Hall in the centre of the village, including Jean Toussaint’s Roots and Herbs “The Blakey Project”. Thousands of people attend the annual three-day festival in the small Pennine village of Marsden every year. Last year’s event saw over 70 gigs take place at 24 venues, including pubs, clubs and cafes.

The 2015 Marsden Jazz Festival will be held between 9 and 11 October. Tickets are on sale from the www.marsdenjazzfestival.com website.