All is not well in centre of Leeds... 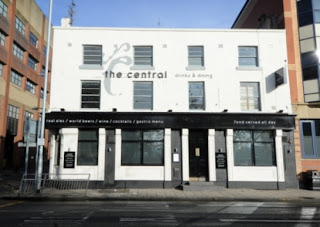 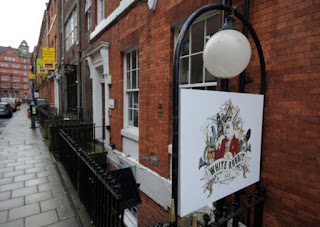 "All is not well in the centre of Leeds for mid week jazz.

Unfortunately there will be no more Thursday Jazz at the Central on Wellington Street. The landlord has apparently been evicted by the pub for a variety of reasons according top staff and the brewery are now looking for a new manager to take over. In the meantime, the windows to the pub have been temporarily boarded up to protect them, possibly from the ousted landlord! Promoter Richard Hardy is in discussions for a potential switch of venue on a Thursday night - I will keep you updates through the blog.

Meanwhile round the corner at the White Rabbit in York Place, the final arrival of summer will mean an enforced break there on Tuesday nights also - on 16th June they have guitarist Sam Dunn with his trio 23 June saxman Nadim Teimoori  then the last gig will be on Tuesday 30 June with bassist Simon Read's trio - hopefully the venue will be back live again in the Autumn.

The Sela Bar also seems a bit quiet too now that Matt Anderson is heading south for the smoke (though I hear bassist Tom Riviere is to restart programming the monthly Sunday evening gig there in the autumn). But at least there is definitely Brendan Duffy's new gig at the Head of Steam near Leeds station Sundays 7.30 til 10-00

I’m sending in a ticket off to the Euro-millions Lottery this Friday in the forlorn hope that if I won I could set up a northern equivalent to Ronnie Scott’s!"