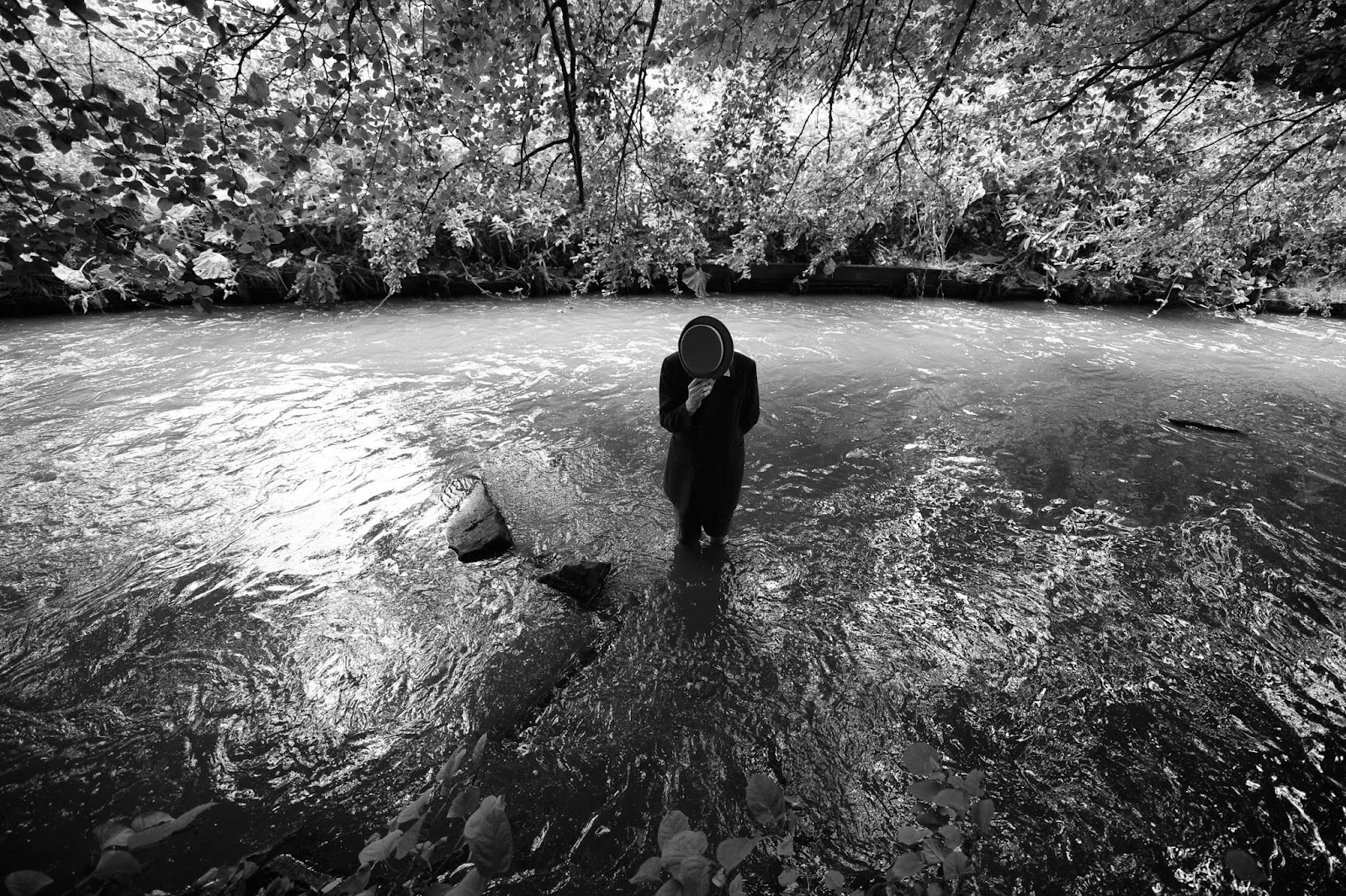 The SMJ gig for April is on Sunday 19th at The Royal Clifton Hotel Southport PR8 1RB. We are delighted to welcome for the first time The John Ellis Trio.

We picked his trio for its extreme musicality, originality and fine improvisational flair.  John combines this with a highly entertaining style, expressive voice and a very meaningful interpretation of the his lyrics. He also finds time to run his own Limefield recording studio in Manchester.

This quirky image of John up to his knees in his local River Irk was posed for a CD cover.